So much has already been written on the subject that I had planned to steer clear of opining on the (for many) shock vote for Britain to leave the EU last week and its potential consequences.

I have, however, had so many clients ask for my opinion that I thought I would share it more widely.

Having recovered from the initial shock on Friday (when many of my clients put their deals on hold at least for the weekend to give themselves time to re-adjust to our changed circumstances) we have had a flurry of exchanges and indeed the completion of a couple of business purchases today as people have taken stock and decided to move forwards come what may. This, if you believe what you read in the press, would seem to be bucking the trend somewhat; some are claiming that as many as 50% of planned residential purchases have fallen through over the last few days.

This kind of scaremongering serves us no better than much of the rhetoric on both sides of the in/out campaign in the days leading up to the referendum. Leaving my personal opinions on the result to one side, I strongly believe that if we are able, as a nation, to approach our exit from the EU with a united and positive mindset we will do much to alleviate the potential pitfalls, be they financial, social or otherwise.

Whilst I fully understand that for some the right decision at this moment will be not to proceed with planned transactions (uncertainty over jobs being the main concern while the immediate future is so unclear) I greatly admire the pragmatic approach shown by so many of my clients over recent days.  We now have the opportunity to show the world just how great Great Britain can be outside of Europe; whilst our politicians may be at risk of undermining that message with their apparent lack of cohesive plan and political backfighting, the Great British public (as represented my by clients at least) are, it would seem, battening down the hatches, carrying on with business as usual and avoiding the temptation to panic.

If only our politicians and press could follow the example being set by so many "ordinary" people I for one see at least a glimmer of hope that we might emerge from these difficult times not just relatively unscathed but stronger from the experience.

As politicians and businesses struggle with the fallout from the UK’s Brexit referendum, many families face a dilemma closer to home: whether to proceed with house purchases set in train before the vote. An initial wave of buyers pulled out immediately on Friday, estate agents and mortgage brokers said; other homebuyers are still assessing the potential impact of the vote on house prices and their own job security. 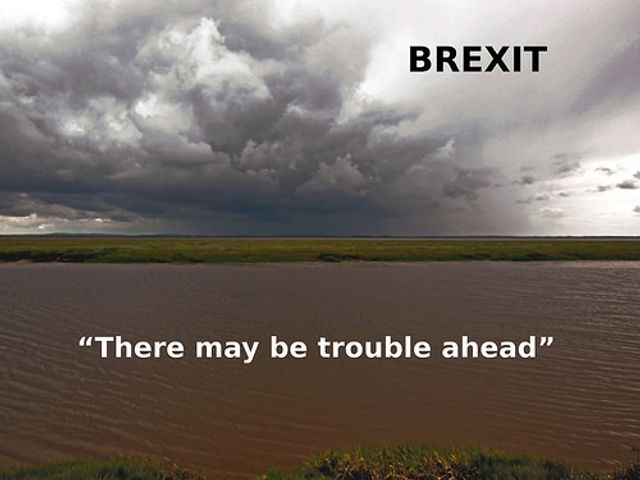