"New build housing developments in the countryside *cue gasps and outrage* are a necessity, a fundamental infrastructure to service a rising population of home buyers" . Discuss.

New homes and housing developments are, by their very definition, projects that will impact, harm and even destroy the natural countryside. Given the continued rapid rate at which new build housing are being built, they are however a necessity. In the first quarter of  2021 alone there were 49,470 completed homes – the highest figure in over 20 years and a 4% increase compared to the last 3 months of 2020.

With the steep increase in new homes comes construction responsibility and care-taking; property developers are starting to look at ways in which to reintroduce the wildlife back into the area with techniques such as hedgehog runs, badger corridors and bat boxes in a bid to manage and protect the resident wildlife. In 2021 housebuilders Berkeley Homes launched an initiative to incorporate Hedgehog Highways into all local developments in a bid to help protect Sussex's hedgehogs from extinction.

I understand all too well how delicate a subject this is, having been confronted on multiple occasions by angry local residents in my quiet little village for buying a new build; I seem to have been held personally responsible and accountable for ridding the area of all natural biodiversity! In my case however, the reality could not be further from the truth: for me (and my neighbours too) it was extremely important to move into a development which supported the surrounding animal populations and existing wildlife. The promise of deer breaks, ponds, hedgehog highways and bat boxes was a  hugely influential factor for me in my choice of this home.

Interestingly, Pye Homes, the developers of the Church Farm Homes site on Radley College land are also taking the care-taking of wildlife to the next level. Incorporating badger corridors, bird boxes and adding a new cycle link between Radley and Oxford they are committed to encouraging greener lifestyle choices and reducing the disruption threat  of increased traffic loads on the surrounding countryside. From experience, I can say confidently that given half the chance the wildlife will adopt the evolved landscape and flourish.

As the rise in new developments is only set to continue, I believe its so important that developers make a firm pledge to continue incorporating the needs of local animals so as to encourage biodiversity in our countryside. 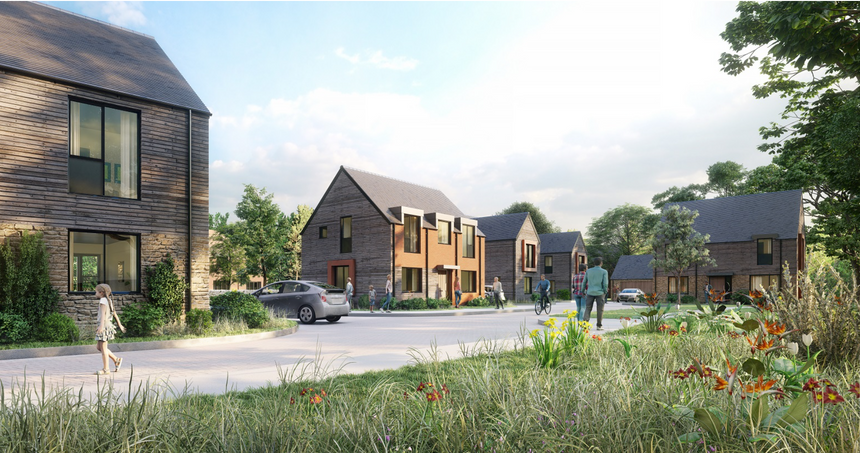 Neighbours from Hell: how to wake up from a living nightmare
Matthew Cotton

Japanese Knotweed infestation: how to avoid getting tied up in legal knots
Matthew Cotton

Help! What if the seller of their home dies between exchange and completion?
Lisa Keefe

Possession is nine-tenths of the law
Matthew Cotton
repost  cancel